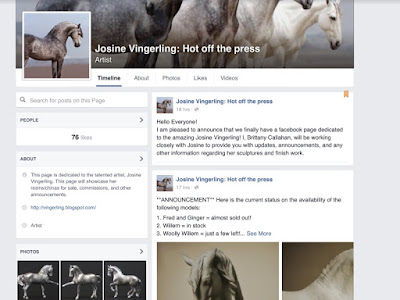 Come take a look! A sneak peek of my newest sculpture will soon be revealed here.
Don't worry, my blog and Yahoo group will continue to exist.

Painted by Nikki Button, owned by Wendy Goodson of the UK. Congratulations!

Email ThisBlogThis!Share to TwitterShare to FacebookShare to Pinterest
Labels: my sculptures painted by others, Willem, Winners


Willem as a spotted Noriker, painted by Nikki Button. Thanks for sharing, Nikki!

Email ThisBlogThis!Share to TwitterShare to FacebookShare to Pinterest
Labels: my sculptures painted by others, Willem 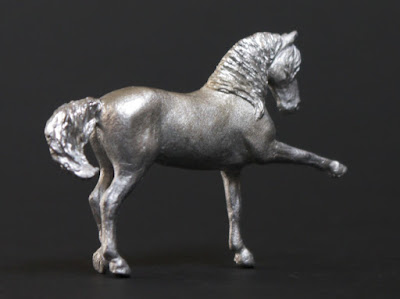 Two new micro minis, a Lusitano mare in a Spanish walk and an Andalusian stallion in piaffe.
The third one, a Lippizaner performing the levade, wasn't in the mood for pewter and broke his mold. We'll try again later. The Andalusian and Lusitano will be released first, together with the re-release of the other four micros. They will become available for ordering as soon as the first batch of castings is ready to ship. 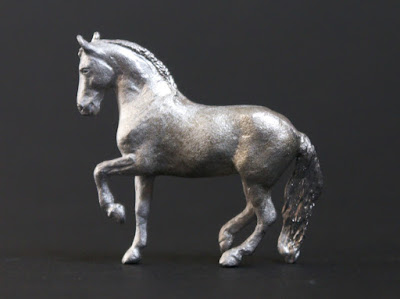 The drafter, Friesian, Arabian and stock horse molds have been renewed. They are smoother and more detailed than before, and super easy to prep!